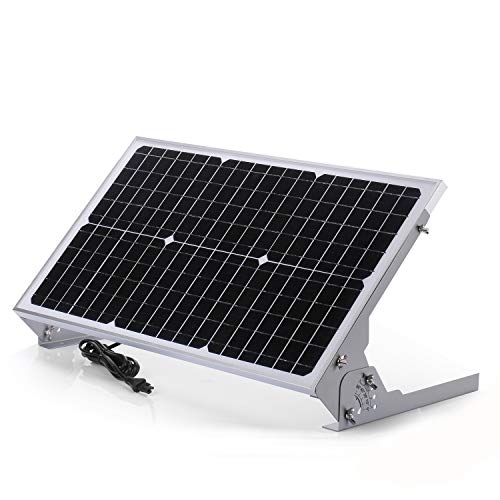 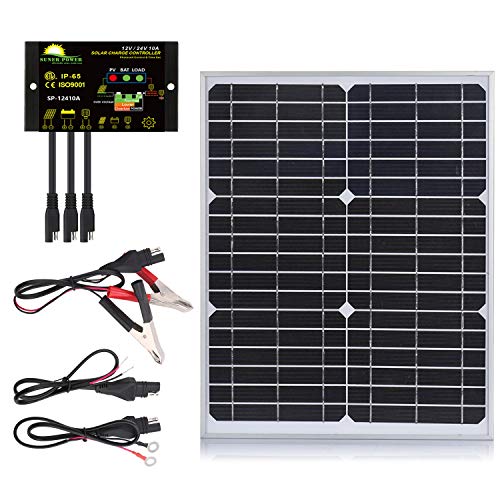 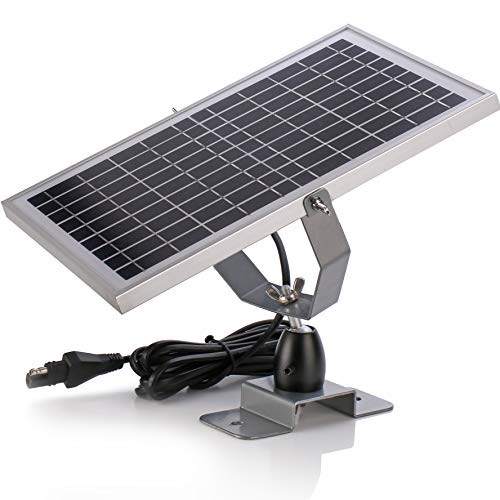 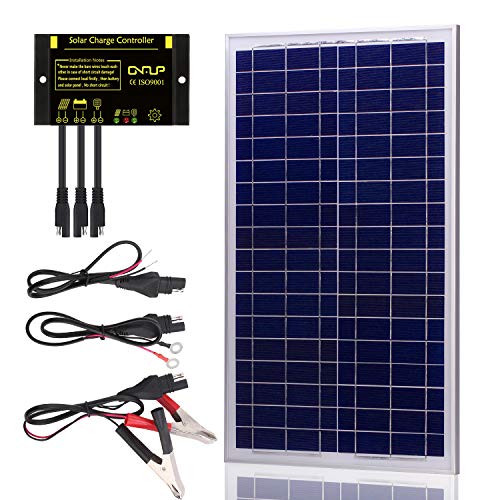 Renogy 100W Polycrystalline Starter Kit is designed specifically for customers new to solar. The Starter Kit is great for off-grid applications, such as RVs, trailers, boats, sheds, and cabins – providing many benefits, including, but not limited to, quiet power production and grid independence. This solar kit comes with the tools necessary for a new system: a Renogy 100W 12V Polycrystalline Solar Panel, a 30A PWM Wanderer Charge Controller, a 20ft 10AWG MC4 Adaptor Kit, an 8ft 10AWG Tray Cable, and a set of Z-brackets. Start your solar adventure with a Renogy Starter Kit.

Generac’s iQ2000 is the ideal generator for powering your desired loads in a variety of outdoor environments, including parks, campsites, backyard parties and tailgating events. Third-party testing has proven the iQ2000 to be quieter than its competitors*, which allows users to provide power to their desired loads without disturbing those around them. The generator can be connected to a variety of sensitive appliances, including electronics, as its digital inverter module converts the raw power it produces from DC to AC power. Best of all, the iQ2000 is easy to use and boasts innovative features not found on any other inverter generator in the industry. While the unit’s Start, Run and Stop functions can be manually set via the iQ2000’s PowerDial, users can toggle between Turbo, Standard and Economy modes through the use of a simple switch to reduce noise and fuel consumption rates based on load requirements. When items requiring higher power outputs are connected to the generator, Turbo mode should be utilized. For loads requiring minimal power output, switching to Economy mode is recommended; Standard mode should be utilized for all intermediate load requirements. To accommodate larger load requirements, the iQ2000 is also parallel capable. Users can nearly double the power output available to their desired loads by connecting two generators through the use of an optional Parallel Kit. In regards to product feedback, the unit’s dashboard bestows LED displays that can be utilized to continuously monitor the generator’s operating status. While the unit is running, users can verify how much time they have left before refueling is required by referring to the run-time remaining display, and the PowerBar constantly specifies wattage produced by the generator at all times. Other innovative status indicators include low fuel, low oil, overload and overheating alerts. *Based on independent lab tests using ISO 9614 to measure sound power levels vs. Honda EU2000i.

RuggedGrade – LED Flood light with Motion Sensor- Solar floodlight – solar flood lights outdoor
Light up the areas around your house, garden or office with our solar motion flood light from RuggedGrade. No wiring required! Over 1000 Lumens when motion is detected, providing a nice bright security light. also choose an always on mode.
Unit is built to last and rated IP65 for Waterproof for long lasting performance.

Clickbank.com Ads
Disclosure: Many of the posts on our site present and/or review products from companies that will pay us a commission if you buy from them. If you have any questions regarding this, or any of the companies whose products we present, please contact us.